Trachea Collapse And Incontinence In Pugs 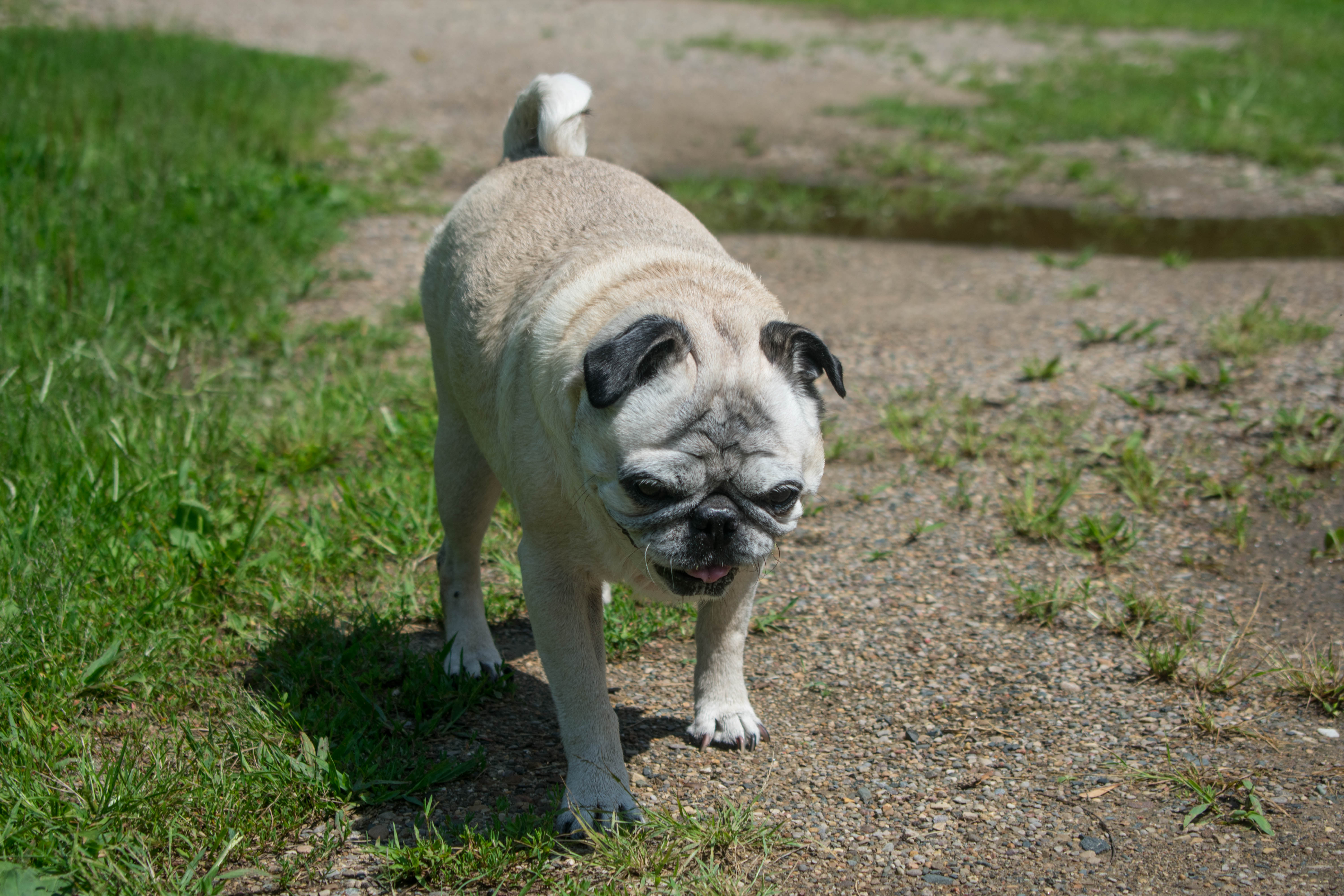 A few months back we were starting to worry that Beans may not have long to live. Granted, he is 14 years old so we realize she’s very old. However, we got particularly scared that her time left may be very short, because she went from quite healthy, to constantly coughing and having accidents in just a month or two! We had her excessive coughing diagnosed as trachea collapse and she was put on temaril p which is a cough suppressant aimed at reducing the coughing symptoms. It helped a lot with the coughing, but she was drinking a ton of water. We would fill our large (I think 20-ounce?) water bowl and she would literally stand and drink the entire bowl until it was empty sometimes! She appeared to be drinking something like 3x more than she had before, which we thought was a symptom of the tracheal collapse. However, our vet suggested it may be a side effect of the temaril p, so they had us try tramadol instead. She’s been on the tramadol about 2 months and we’ve realized that he hasn’t had any more urine accidents in the house. Perhaps once per week she will still accidentally poop while having a coughing fit, but the days of her peeing everywhere seem to be over at least for now. So, we think that she was losing bladder control from the temaril, or perhaps the temaril was just making her drink so much that it was causing accidents. She is back to drinking a normal amount of water as well.

Her accidents are so infrequent that we have stopped having her wear diapers. While she didn’t seem depressed about it, she also never seemed to be a fan of the diapers or the harness. I think wearing a harness full time left her getting itchy as she started rolling over on her back when outside as if to scratch her back. For the past week or so, we have let her go back to being ‘naked’ meaning no harness or diaper and she has done just fine. So, if you have a dog who is on a cough suppressant and has had urinary incontinence around the same time, consider asking your veterinarian about trying a new medication.