Get To Know Me: The Big Family Story 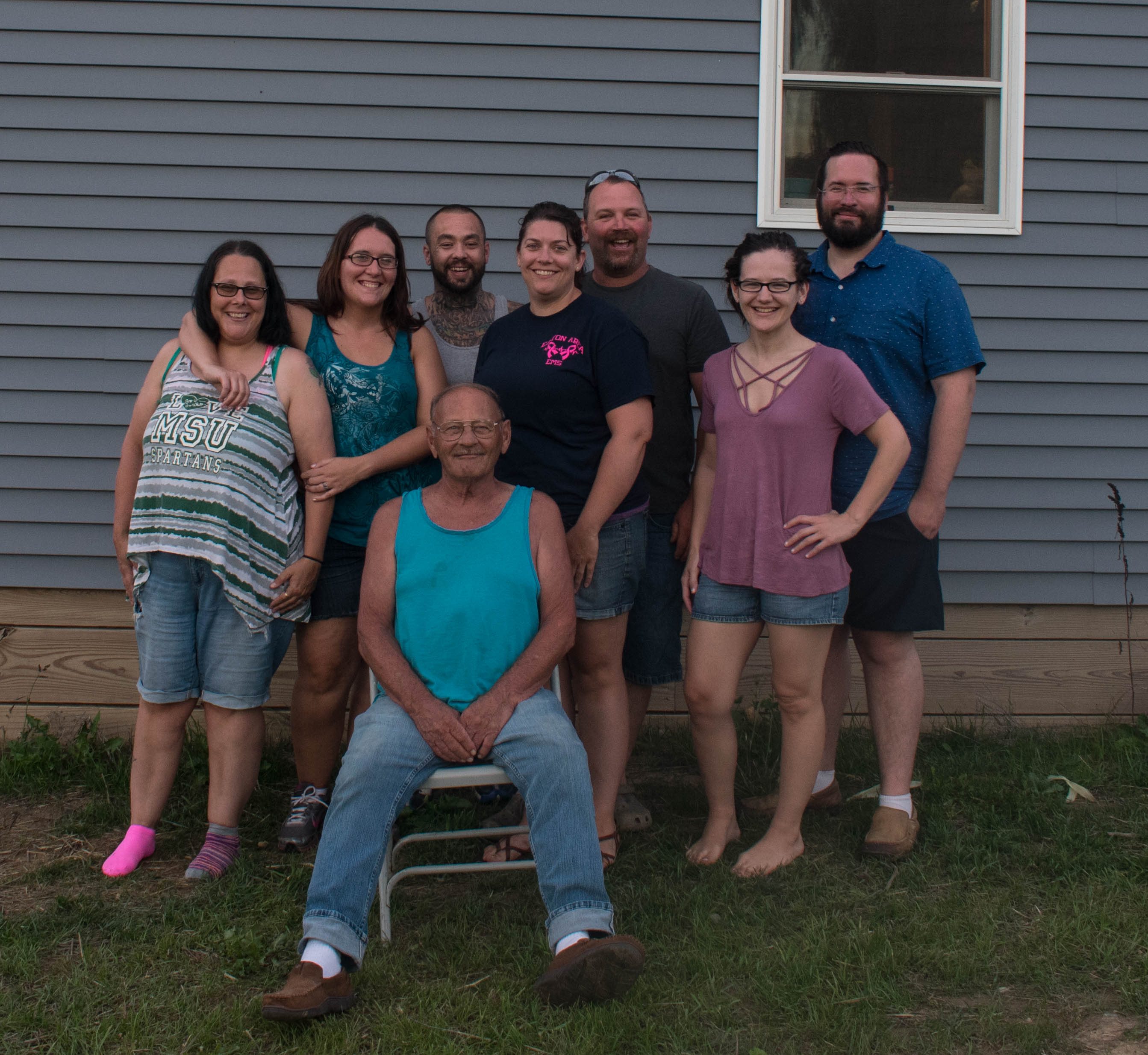 I kinda hated the “get to know you” day at the beginning of each school year as a kid. The question of how many siblings you have almost always comes up in those things when you’re a child. I had 11 siblings as a little kid, and gained at 12th as a young teenager. Being asked how many siblings I had certainly made for an interesting conversation, but I felt like it started me off on a foot where kids looked at me as a bit odd. Thankfully I eventually worked past that. Yes, my family is unconventional, but that’s okay. Anyone who is going to seriously judge me for that isn’t someone I would want to be close with anyway, I think.

I’ve found that if I don’t explicitly explain my family to people I meet, they end up getting confused after a while. “Wait…I thought you had four sisters? Who is this one??” type of things. It’s kinda funny when those questions come after a couple years or more of friendship! My dad is 19 years older than my mom. He had two children with a wife, they divorced. Then he got with a woman who had a child less than a year old. He started raising that child as his own because her biological father was not around at all, and stayed with her to have two more kids. By the time he got with my mother, he had four biological kids, plus the ‘bonus’ stepdaughter. Those five are my half-siblings and they range from 23 to 15 years older than I am. The oldest two are somewhat estranged from my family so we didn’t grow up close. The younger three grew up in close proximity to me and attending holiday events, etc so we are closer. They still live close to where I live.

Together my parents had my older sister Erica and I. Erica is 2.5 years older than me and my only full-blooded sibling. My parents divorced when I was about 3 years old.

My dad dated a few women but none were very long-term relationships or very serious. I don’t think he’s ever lived with anyone for more than 6 months or so since he left my mom. I’ve never had anyone come close to being a stepmother figure. My mom and stepdad got together shortly after my parents divorced. My stepdad had five children from two previous marriages. They range from about 14 to 6 years older than I am. Some of them never lived with us, while a couple of the younger ones lived with us about half of my childhood, off and on. Some of them now live a few states away, while two live in my general area.

My mom and stepdad also adopted my stepbrothers daughter. She was born 2 days after my 12th birthday and was adopted by my parents a few years later, but had been living with us for much of the time in between, and even when she didn’t live with us we had seen her very regularly, so she was a very special and close niece to me even before she became my sister.