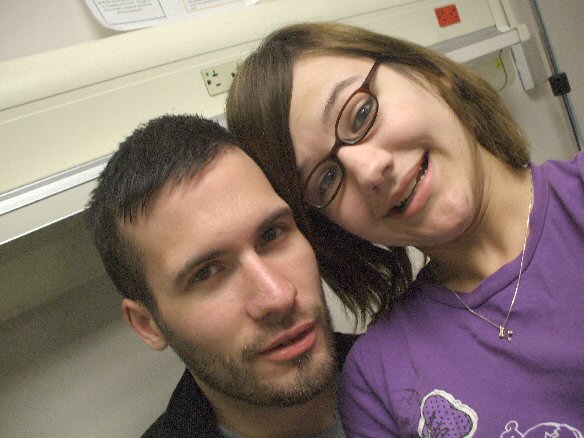 Ryan and I started dating really young. I was 16 when he first asked me to be his girlfriend. I wouldn’t admit it to anyone because I knew they would think I was naive, et I really thought we had a truly special connection. I didn’t think this was a high school romance. Almost 11 years later I feel a bit more confident in admitting those feelings because clearly, we really did have something special to have made it through growing into adults together. While I think we’ve had a good relationship the entire time, I feel like we’ve grown a lot these last couple of years in particular. It’s silly, but we’ve just started talking to each other about our relationship more and it’s helped a lot. Here are 5 things I wish I knew earlier! You have to ask for things! From the beginning, I knew that Ryan tried to be a good partner for me. I knew he loved me and meant well. Yet, there were just times where I wish he would do some little thing that he wouldn’t do. It wasn’t any one particular thing that ate at me or anything, just a variety of little things I wanted. Maybe one day I would find myself wishing he would help me deep clean. Maybe another time I would just want him to spend time with me, playing a video game or watching a TV show because I wanted to feel more connected to him and have fun together. It’s silly, but I never used to just ask him to do those little things! It seems so silly to me now, but I thought it would seem like I was saying he wasn’t doing things ‘right’ if I asked him for something. I also thought it would be ‘making’ him do what I wanted even though he didn’t want to. In reality, there can be a lot of space between “I absolutely do not want to do that” and “I want to do that and will do so on my own.” If I ask him to do something he can always say no, so it’s okay to ask and let him decide what he actually does. So, I realize now that he just had no clue what I wanted and would often gladly do things if I just spoke up! He just wasn’t able to read my mind. It’s okay to talk about the tough stuff. I was always really open with Ryan about emotional issues from my past, my mental illness struggles and so on. In some ways, we were really close emotionally. Yet when it came to talking about tough stuff within our relationship, my instinct was to avoid discussing it. I thought we couldn’t talk about tough stuff, like how we were handling our money, because I didn’t want to cause a fight. The realization was again that communication is a good thing! We can talk about money, priorities in life, and other big topics without fighting if we choose our words carefully and show respect to each other…which we both do quite well, actually. Your assumptions are not always correct. I used to think my gut-feelings were always accurate. I thought I knew Ryan like the back of my hand. He is self-employed and is often work on new creative projects. Just in the past year I’ve realized that when he is really in “the zone” creatively, he gets less talkative and he smokes more cigarettes. For years I would see him go through these phases of being quieter, and going out to smoke more and assumed he was angry or withdrawn from me, even if I had no idea why that may be. In hindsight, this was a really illogical assumption to make! Why would he e upset with me if I had no idea why? I don’t know how I believed that, but I used to think that way! In reality, he was just really focused on his work! I can’t beliee I read his behavior wrong for so many years before catching this. It has helped me to realize that my assumption are not always right. Now if I feel like he is upset and I fear it may be related to me I just ask him if he’s upset with me or if I upset him. 99% of the time the answer is no!

His assumptions are not always correct. Like me, he sometimes reads my behavior or body language incorrectly. Again, just communicating through it and asking the person how they are really feeling goes a long ways!

We aren’t exactly the same. A big part of why I used to assume he was hurt or angry if he got quiet, was because if I am quiet it’s because I am sad, hurt or angry. I was assuming that if his reaction is X, that must mean Y, but that simply isn’t true. He sometimes reacts to things differently than I do, he expresses feelings differently than I do, he handles stress and negative emotions differently than I do. The list goes on! It has helped to just try to remember that we are different people, and although we have a lot in common and really ‘click’ in some special ways, I can’t necessarily assume to understand everything he does, says or feels.

Yes, all of these things boil down to communication helps avoid confusion – but it’s true. I just wish I had learned to communicate better earlier!