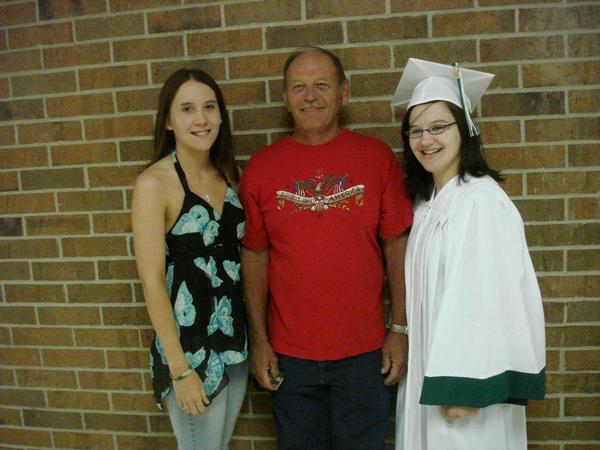 I’ve written quite a bit about my own seizure history and epilepsy diagnosis. Something that sometimes surprises people, is my dad also has epilepsy. Of course, everyone then wants to ask if it’s genetic and I really don’t know.

My dad’s seizure history is quite different from my own. In a nutshell, I had seizures from birth through my first year or so of life. I had a difficult birth and had a subarachnoid hemorrhage as a result of birth trauma. The seizure were believed to be a result of that blood on my brain, and not a result of the brain injury, as the seizures stopped after that first year, roughly around the same time that the blood dissipated. I stayed on anti-seizure medication for another year and came off medication at age 2 without issue. I was then fine until I was 23, when I grand two grand-mal seizures out of the blue within a week of each other. My MRI was reasonably normal, and my first few EEG’s were as well. However, after getting a sleep deprived EEG done at the University of Michigan, I got an abnormal result showing epileptiform spikes. I’ve been medicated since the second seizure which was about 3.5 years ago.

My dad had his first seizure in his mid-50’s. He had me late in life, at age 46. So I was only 10 or 11 when he had his first seizures. His test results were normal but he was started on medication anyway. Over the next 8 years or so, he had perhaps half a dozen seizures at least. I was only with him every other weekend, but I heard him have two seizures at different times. He was on a medication that had to be taken 4 times per day, and I believe most of his seizures were caused by missed dosing as he was not great at remembering to take his pills 4 times per day. However, after about 8 years, he managed to go a couple of years seizure-free and his primary care doctor (he never saw a neurologist regularly) recommended that he try going off the meds. We stayed at his house for the better part of a week when he came off the meds, and he had no seizures. He remained seizure free for about 10 years! We were surprised, but excited to see that his epilepsy seemed to have went into remission.

However, last fall, he believes he had a seizure. He woke up feeling very sore physically and feeling like his memory or thoughts weren’t very clear. In the past, my sister and I had heard him convulsing in his room, so we knew he had a seizure, but he would still try to deny it unless he saw ‘proof’ that he had – like a bleeding tongue, or if he had peed the bed. We both know that he is just the type of person to try to downplay health issues when he can. He’d rather just act like everything is fine. So, when he said he was worried that he may have had a seizure, we all felt strongly that he did, in fact, have a seizure. If he didn’t feel quite strongly that he had a seizure, he would never have said anything.

We got him to a neurologist who said that with his history of seizures, and this new suspected seizure, it was okay to just go back on medication. He’s now on Keppra like I am, and only takes it twice a day which is far easier to remember than his old medication which was 4 times per day! It’s been about 8 months since that suspected-seizure and he’s doing well, and has no side-effects from the medication.

I wish we had some sort of clear cause for his seizures but the new testing (EEG and MRI) came back normal this time too. I think one of the more frustrating elements of epilepsy is just how much is not known. I’m thankful the Keppra works well for him though.