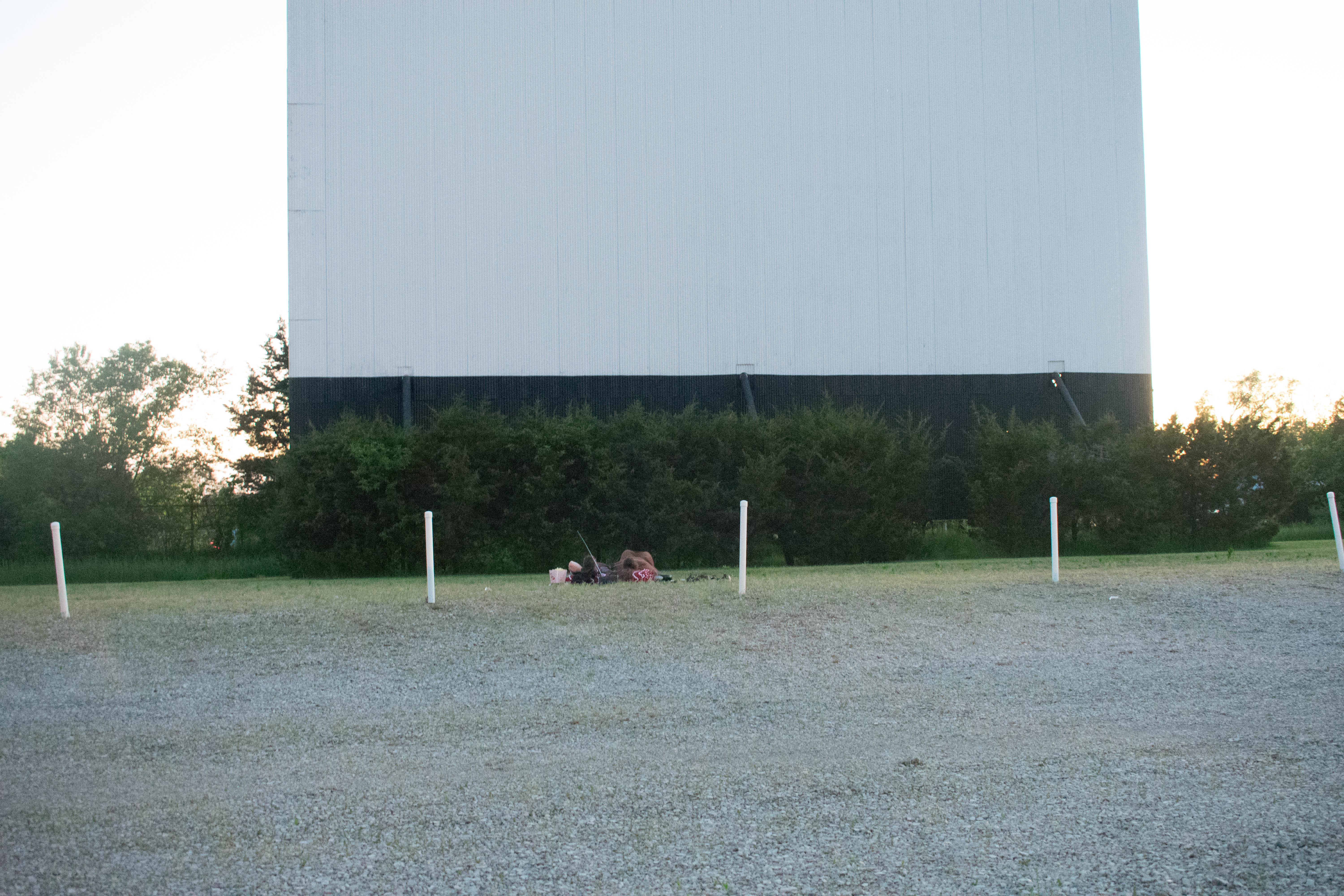 I’ll be 27 next month, but somehow I managed to live my entire life until this past weekend without ever going to a drive-in movie theater. There are less than a dozen drive in movie theaters in Michigan. Coldwater is about 45 minutes from where I live, so it’s not a terrible drive at all. I just had never managed to get there until this past weekend. Tickets are $9 per adult which seems pretty typical, except you can stay for two movies for that price which makes the tickets rather cheap. I had it in my head that drive-ins would involve sitting in the car, but nobody seems to do that. Ryan had been before so he knew to bring along lawn chairs. A lot of other people had brought air mattresses that they relaxed in front of their vehicles. We brought a portable radio to hear the audio through. My brother-in-law rented a radio from Capri for $3 and it kept picking up the wrong station and had a lot of static so I’d recommend bringing your own. My nephew, niece, me and the pugs.

You can buy tickets starting at 8pm and the movie starts at dark, so the exact time will vary. Ours started around 9:30 in late May, and it was a bit hard to see for the first 20 minutes or so because it wasn’t quite dark enough outside for our movie which started in a very dark setting. During that gap, most people sat around talking. Families with kids used the lawn around the outdoor screen to play frisbee, throw a baseball back and forth, or play football.

The drive-in is dog-friendly so we brought Frank and Beans along which was fun.

There are concession stands that are open from 8 pm until about 15 minutes after the second movies start. Of course, like any theater, everything feels overpriced. I felt like it was priced even higher than most movie theaters. 20oz bottles of soda (no fountain pop available) were $2.50. Small candy bars (the kind that are often 2 for $1 at a gas station were $2.25. Boxes or small bags of candy were $3.5-$4.50 a piece. The large popcorn is about the size of a medium popcorn at another theater, and so on. They have a nice amount of variety, though. They have corndogs, pretzels (they are sized like ones you buy at a grocery store, much smaller than other movie theaters), nachos, pickles, candy, bags of chips, crackers, ice cream bars, ice pops, cotton candy, pizza (they order it from little caesars, $3.50 a slice or $15.50 for a large pizza).

They do not attempt to ban people from bringing in outside snacks or food, so that is an option if you’re feeling frugal.

If you plan to go, bring bug spray, the mosquitos were out in full force. Also be sure to hit up the ATM before going because they only accept cash at both the ticket booth and the concessions.

The second movie got over about 2am, so it had gotten rather chilly despite being warm to start with. I’d recommend bringing sweaters and blankets even if it seems like a hot day when you’re heading in. As we started packing up, we realized dew had set in, so our blankets had gotten damp and needed washed the next day.

Overall it was a fun experience! I think we’ll definitely go back from time to time.