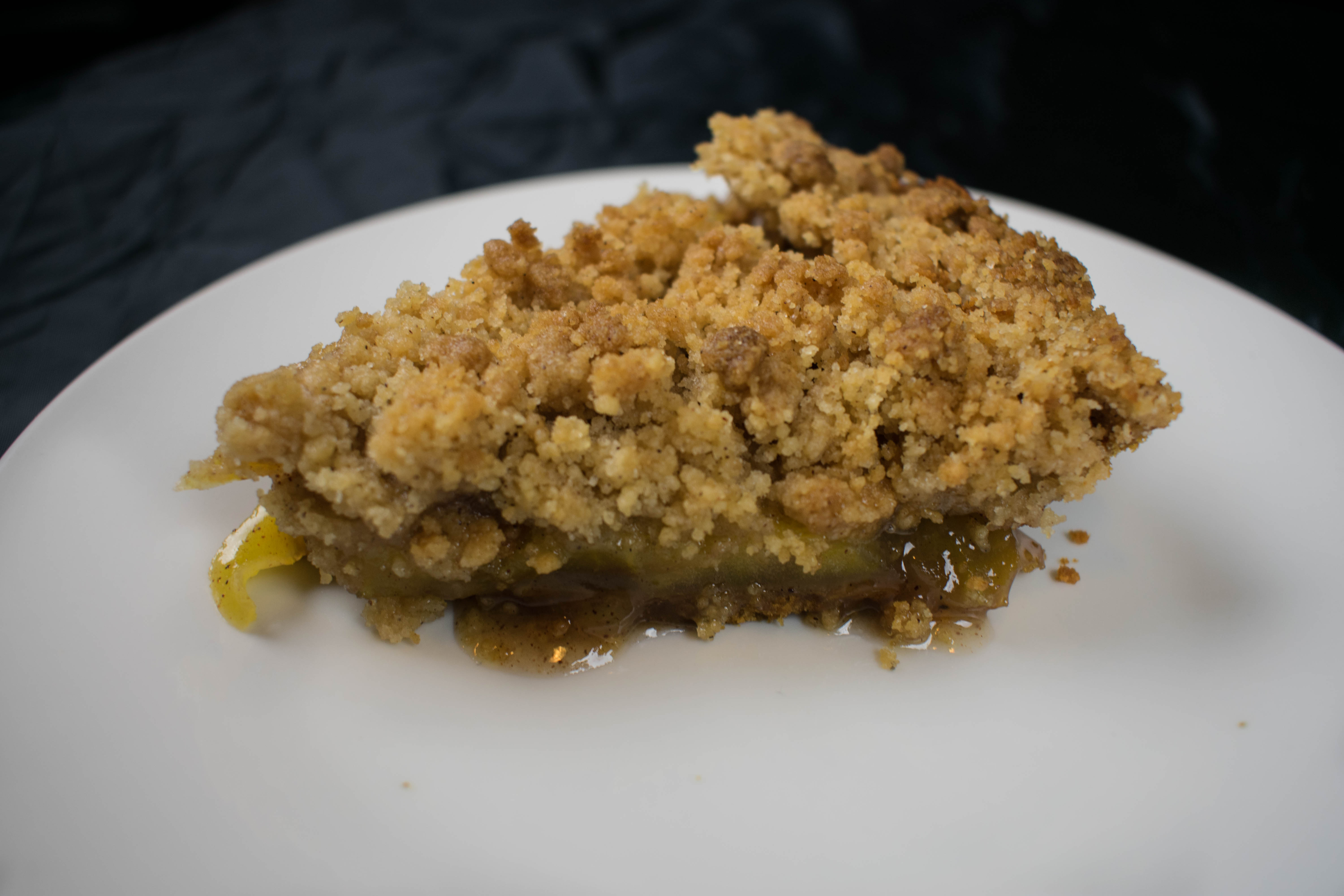 Around Thanksgiving I was looking for a homemade apple pie recipe. I had purchased a pre-made graham cracker crust and apples and I was hoping to pull a pie together from the other ingredients I had at home. I didn’t purchase a pie topping so I went looking for one I could make with simple ingredients and came cross this Crumble Topped Apple Pie recipe that I largely used, but tweaked slightly. It was the best pie I had ever made. I’ve made it a few times since then, so I thought I would share. In the past, my apple pie recipes lacked flavor in the crust and topping. It felt like the pie crust and topping were just there to hold the filling. That isn’t this pie. This pie has a crust you’ll actually want to eat as much as the filling!

A cinnamon apple pie with crumble topping. Made from scratch except for graham cracker crust.

I just love cinnamon, so adding cinnamon to both the topping and the filling adds a lot of flavor in my opinion. I also really like adding in that little bit of nutmeg. I prefer making this apple crumble pie with McIntosh apples, but when I made it recently I just used some leftover apples before they went bad. I don’t even know what kind they were, but they were not particularly sweet we had purchased them as snacking apples, but they worked just fine in the apple pie filling. I find the crumble pie topping much easier than making lattice toppings, and I like how it can fill in the gaps in pie filling as needed. Adding the yolk to the graham cracker crust is also really key. I think it makes the crust almost taste like a brown sugar cookie!

If you give this cinnamon apple pie recipe a try, let me know how you like it. Or if you make any minor edits feel free to share how that goes!