Why We Are Switching Vets 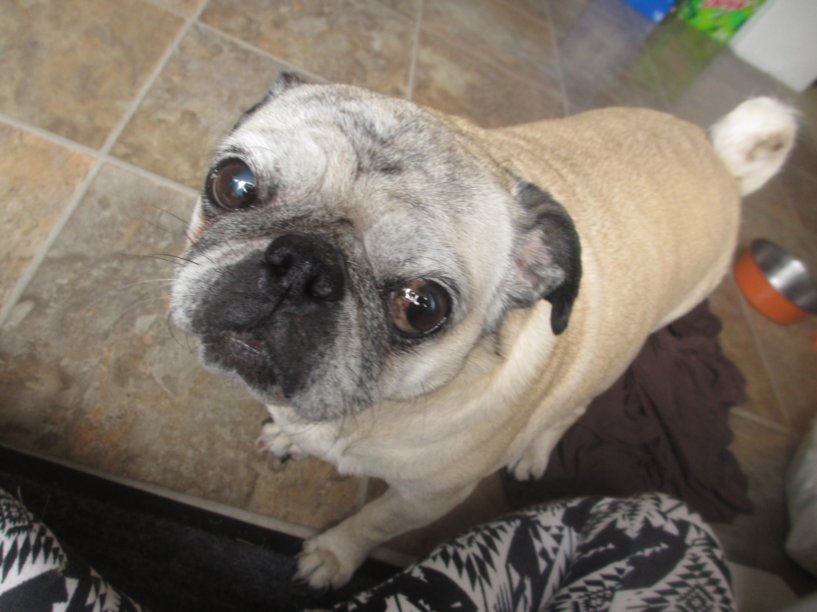 I’ve taken our pugs Frank and Beans to the same vet since we brought them home a little over 4 years ago. It was the vet that my mom took her pets to when I was a kid. It also was the same vet that my boyfriend’s family had always used. It was run by an older veterinarian who had been in the same practice for many years. The building looks like a house, and is rather simple. I don’t believe they have more advanced technology, but for our routine visits for things like skin infections or UTI’s, it was great for the first 3+ years. I liked how the vet was always upfront with us about what our options were. For example, Beans has recurring UTI’s. Roughly 2-3 a year the entire time we have had her. He would tell us each time that we could test for a kidney infection or kidney stones, or we could treat with an antibiotic to see if that helped. The vet decided to partially retire, and a new younger vet came to take his place. We were surprised to see how our bill increase almost double the first time we went there after switching to a new vet. We had bloodwork that day, so we hoped it was just that. However, after looking at the bill closer we realized the cost of everything from the nail trim, to the booking fee had increased. So that was admittedly frustrating. However, our bigger problem was that the new vet seemed very pushy. He didn’t give us options or explain what his concerns were. Beans had a new UTI, and he said we needed to do bloodwork. We had never been told that before, so we decided to go ahead with it.

The bloodwork cost $200 by itself, and it revealed that she was slightly anemic and had a lightly unusual number of blood platelets. I asked what that meant, and he said the platelets could suggest cancer. He wanted us to come back 3 weeks later for more bloodwork to see if the levels stayed the same (if so, that could just be her normal) or if they got lower (which would suggest declining health). Our only vehicle broke down in that two-week gap, so we didn’t have the $200 to get more bloodwork 3 weeks later. We also just weren’t sure it made sense. She is 13 years old, so we wouldn’t be able to treat her if she did have cancer. We weren’t sure that paying the $200 would really gain us anything. We did go back in, with the purpose of discussing estrogen treatment. Our original vet had told us that because her UTIs seemed to be increasing in frequency, that it may be caused by light bladder leakage. He said older female dogs often lose muscle tone, which causes them to ‘drip’ throughout the day. If their private area stays damp from small amounts of urine, that increase the risk of infection. Estrogen pills help tighten that muscle and prevent the urine loss, thus preventing the infections. The new vet said he would only be willing to give us estrogen pills if we could confirm that it was not cancer, via bloodwork. We explained that we wouldn’t be able to treat or cancer if that is what she has, where we can afford to treat with estrogen (which is under $10 a month) so we wanted to try that route just to see. He refused. Despite not getting any new information or feeling heard, we were billed almost $80 for the visit.

We have an appointment next week at a new veterinarians office. The main reason why we switched was simply not feeling heard. We also felt like he was sort of trying to shame us for not being willing to test for or treat cancer. It does make me feel bad that we wouldn’t be able to pour money into cancer treatment if she has it. I love my dog so much. I sometimes get frustrated by others who get pets but are unwilling to take them to the vet for routine care, for example. I think at some level you should feel responsible to invest in your pet if you are going to get one. However, we just are not financially wealthy enough to spend thousands of dollars on treating our elderly dog. It stinks to be in that position, to begin with, but it’s worse to feel like a vet is unwilling to listen you to because of your situation.  We are hopeful that or new vet will have a different perspective.